At YogChakra, we’re committed to helping you feel your best. When we say we want to help you, we mean it! That’s why we created our Yoga Glossary—to give you an easy-to-understand explanation of all the yoga terms you might come across in class or online. These are some of the key Sanskrit yoga terms used in the world of Yoga.

For example, did you know that “Vinyasa” refers to a style of yoga that focuses on breath and movement? Or that “Ashtanga” means “eight limbs”?

Yoga Glossary – A to C

Ahimsa (a-HEEM-sa):   Ahimsa is a Sanskrit word that means “non-violence.” It’s a concept that’s central to many religions and philosophies, and it’s also the foundation of veganism.

Ajna Chakra: Ajna Chakra is the sixth chakra and is located in the center of the forehead. This chakra is associated with our mind, intellect, and consciousness. When balanced, Ajna Chakra helps us be more aware of ourselves and our surroundings.

Anahata Chakra: The Anahata Chakra is the heart chakra, which is located in the center of the chest and is associated with love, compassion, and forgiveness. It is also known as the “happiness center.”

Ahankara: Ahankara is a Sanskrit word that means “I-ness.” It’s a concept in Hinduism, Buddhism, and Jainism that refers to the sense of self-awareness, or ego.

Apavarga : Liberation. Apavarga is the Sanskrit word for “the state of being liberated from karma,” or the cycle of rebirth.

Ashram: Ashram is a Sanskrit word, which means “a hermitage” or “a place of spiritual retreat.”

Avatar: Avatar means “descent.” It refers to the descent of a deity or sacred spirit into a human body. This is often used in Hinduism and Buddhism to describe the incarnation of the God Vishnu, who is said to have taken many avatars during his lifetime.

Avidya: Avidya is a Sanskrit word meaning “ignorance” or “not seeing the truth.”

Asana -Asana means “posture” in Sanskrit. Asana is a series of yoga poses that are practiced to help one improve their health and well-being.

Brahmacharya: Practice of celibacy and self-control

Bikram yoga: Style of yoga,  is a series of 26 poses and 2 breathing exercises, done in a room heated to 105 degrees.

Bandha: A posture in which organs and muscles are contracted to create energy locks.

Bhavana: Bhavana is a Sanskrit word that means “to cultivate, to develop,” and also “a mental state.” It’s often used to describe how we can cultivate compassion, kindness, happiness, or other positive states.

Chakra – The Chakra is a Sanskrit word meaning “wheel”. The chakras are energy centers in the body that help us heal on a spiritual level.

Chaturanga Dandasana : Yoga Pose. It is also known as low plank and shortened to simply Chaturanga.

Chanting: Chanting in yoga is a way to connect with your breath and the word, allowing you to unblock your energy and help you find peace.

Chitta:  It can be translated as “consciousness” or “field of experience”

Drishti: the direction in which the eyes of a person or an animal are focused

Duhkha: Duhkha is the Sanskrit word for “suffering” or “unsatisfactoriness.”

Dharana : Dharana: In Sanskrit, Dharana means concentration. It is the ability to focus on an object without distraction.

Dharma: Dharma is a Sanskrit word that means “duty”, or “moral obligation”.

Dharsana or Darsan: Dharsana is a Sanskrit word meaning “sight”, and it is used in Hinduism to refer to the visual perception of a deity or Guru. This is similar to the English words vision and beholding.

Dosha: Dosha is a Sanskrit word that literally means “fault” or “defect.” In Ayurveda, the ancient Indian practice of holistic medicine refers to one of three bodily types: Vata, Pitta, and Kapha.

Flow –  a continuous movement from one asana to another.

Yoga Glossary – G to I

Guru: Guru in yoga is a spiritual teacher who imparts wisdom, guidance, and knowledge to his students.

Guna:  Guna is a Sanskrit word that means “virtue” or “quality.”

Grihastha:  A grihastha is a person who has a job and a family.  A Grahasta is a yogi who is able to live in the world, but not be part of it.

Hatha Yoga: Hatha Yoga is a form of yoga that focuses on physical postures or asanas. The word “Hatha” comes from the Sanskrit words “ha,” meaning sun, and “tha,” meaning moon: together they symbolize  wholeness.

Indriya: Senses. In yoga, Indriya is a term used to describe the five senses. The five sense organs are the eyes, ears, nose, tongue, and skin. The indriyas are also known as the doors of perception because they help us to perceive and experience the world around us.

Ishvara :  Ishvara is the Supreme God. The word is derived from the Sanskrit root “ish”, meaning “powerful”. Ishvara is considered to be both personal and impersonal. He represents a state of consciousness that can be reached by all people through their practice of yoga.

Iyengar yoga -Iyengar yoga is a form of yoga that focuses on proper alignment. It’s named for B.K.S. Iyengar, who developed this style of yoga.

Japa: Japa is a Sanskrit word that means “to repeat” or “to chant.” It’s the name for a practice of repetition, usually of a mantra or other sacred sound.

Jiva: Jiva is the Sanskrit word for “soul”. In Hinduism, jiva is the immortal aspect of an individual that transmigrates from one life to another.

Jyoti: Jyoti is a Sanskrit word meaning light, which is one of the most important symbols of Yoga in Hinduism

Jnana: Jnana is Sanskrit for knowledge. In Yoga, the term refers to “the knowledge of the self.” This can include knowledge of God, or of the universe.

Karma: Action.The universal law of cause and effect.

Kriya: Kriya is a Sanskrit word that means “action”. It is also a type of yoga practice.

Loka : Loka means “the world.” In a yogic context, it refers to the human body.

Manas: Manas is the mind, which is responsible for all of our thoughts, emotions, and actions. It is also the storehouse of all our memories.

Moksha –  Freedom from the cycle of birth, death, and rebirth; a state in which one’s consciousness is enlightened.

Maya:  “illusion”. It’s used to describe how we perceive the world as being more “real” than it actually is.

Manas: In Sanskrit, manas means “mind” or “conscience.” It is the faculty that allows us to think, feel and be aware of ourselves and our surroundings.

Mula:  In Sanskrit, Mula means “the original” or “the beginning”.

Mudra:  Symbolic hand gestures. Performed to invoke and direct energies in a certain way within the body.

Mandala: Mandala is a Sanskrit word that means “circle.” It’s used in the context of design to describe an abstract composition that represents the cosmos, with a center point and symmetrical patterns around it.

Namaskar: In Sanskrit, namas means “bow” and kar means “to do.” When you say “namaskar,” you’re literally saying “bow to the divine.”

Nirodha : Mental control. Nirodha is the state of cessation or the cessation of the activities that cause suffering.

Niyama: Rules. Niyama is a set of five rules that must be followed by anyone who wishes to practice yoga. These rules are called Yamas and they include non-violence (ahimsa), truthfulness (Satya), non-stealing (asteya), sexual restraint (brahmacharya), and non-possessiveness (aparigraha).

Nirvikalpla: Nirvikalpa is a Sanskrit word meaning “without any modifications” or “without any changes.” It is a state of consciousness that is free from all mental modifications, such as emotions, thoughts, and desires.

Om: The original sound of the universe.

Prana: Prana is a Sanskrit word that means “life force”. It’s the energy in your body that helps you think, breathe, and move.

Punya:   “merit”, and it’s something you can earn through virtuous actions.

Purusha: the supreme self, existed before the universe was created. Purusha is both male and female, and all living beings originate from him or her.

Pranayama: Breathing exercises can help one attain a state of mental and bodily calm during practice.

Raja yoga: an ancient form of yoga that emphasizes meditation and self-discipline.

Rajas:  the quality of activity, passion, excitement, and fervor.

Rasa: Juice. It refers to the essence of a thing or experience.

Rishi: Seer. The word ‘rishi’ comes from the Sanskrit root ‘rish’, which means “to see”. A rishi is a person who is able to see beyond the world of appearances and perceive reality itself.

Samadhi: In Sanskrit, Samadhi means “to bring together, merge.” Samadhi is a place of deep meditation and union with the divine. In yoga, it’s a state of mind in which the yogi has achieved complete absorption in the desired object of meditation.

Samsara: wheel or circle. The word means the cycle of death and rebirth in the universe.

Santosha: Santosha is a Sanskrit word that translates to “contentment.”  It’s a practice of learning to be content with what you have and appreciating the small things in life.

Shiva: The First Yoga. The aspect of God that destroys evil and makes space for new and good

Shunya: Zero, empty, clear. In yoga, shunya is often used as a metaphor for the mind itself: it’s the space between thoughts and emotions that allows us to be fully present in our bodies.

Siddhi:  Perfection. . In yoga, siddhis are a type of supernatural ability that can be attained through meditation and certain practices, like pranayama (breath control).

Tantra: Tantra is a form of yoga that emphasizes the importance of energy in your body. It’s a practice of working with your mind, body, and spirit to find harmony and balance.

Turya:  Turya is the name of the final stage of yoga practice, where you become one with your own inner light. It’s a state of complete immersion in bliss, where all thoughts melt away.

Upasana: the practice of meditation and reflection.

Ujjai Pranayama:  a breathing technique that involves making a hissing sound with your throat.

Vishnu: Presevering energy of the universe

Vinyasa: Vinyasa, meaning “breathing in” and “moving,” is an ancient practice of linking breath, movement, and meditation into a single flowing practice of Yoga

Yoga: Union, refers to the joining together of body, mind, and spirit through physical movement that focuses on breathing exercises along with meditation or relaxation techniques.

Yogi: One who practices Yoga

Yoga Nidra: Last pose in Yoga practice. Yoga Nidra (Sanskrit for “yogic sleep”) is a meditation practice that induces a state of deep relaxation and profound rest for the mind but with complete awareness.

We hope this glossary of the most popular Yoga terms helps you understand what’s going on in class, what others are talking about when they mention their favorite yogi, or helps you in your path of self-discovery through Yoga. And if there’s something specific that still isn’t clear after reading this glossary, let us know in the comments below! We’ll get back to you ASAP.

Explore trained  Yoga teachers and studios in our Yoga Directory.  Suggest a business or Add your business to our directory.

Read more articles in our Yoga blog and reach out if you would like to submit a guest post.

Disclaimer: The information and advice contained in our articles are intended for general informational purposes only. The content on our site does not provide any medical advice and only reflects the opinion of writers. You should always consult a qualified healthcare professional before making any decisions about your health or well-being. YogChakra does not endorse any business, treatment, or procedure listed on our site. We cannot guarantee the accuracy of information provided by other businesses listed in our directory. 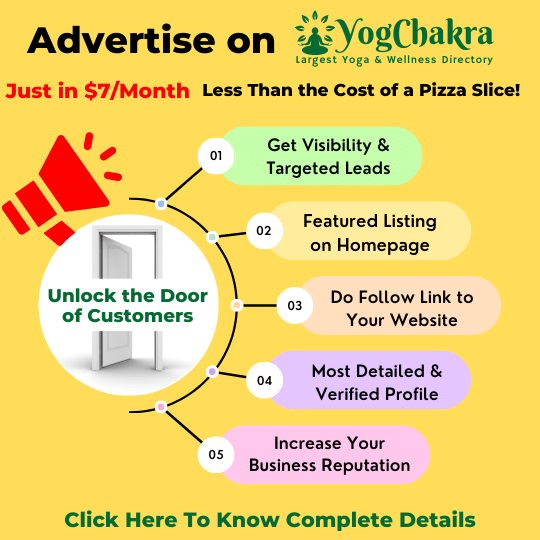 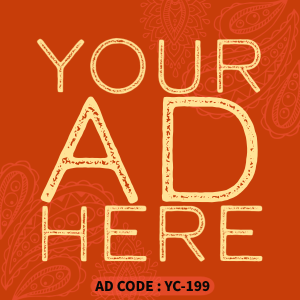