From the Temple Site :
Hinduism
Hinduism ( Hindu Dharma, also known as Sanatana Dharma) is a religion that originated on the Indian subcontinent. Hinduism encompasses many religious beliefs, traditions, practices, and denominations. Most Hindus believe in a One Supreme Cosmic Spirit called Brahman that may be worshiped in many forms, represented by individual deities such as Vishnu, Shiva and Shakti. Etymology

The Persian term Hindu is derived from Sindhu (Sanskrit: Sindhu, i.e. the Indus River in particular, or any river in general). In the Rig Vedathe foundation of Hinduismthe Indo-Aryans mention their land as Sapta Sindhu (the land of the seven rivers of the northwestern Indian subcontinent, one of them being the Indus). This corresponds to Hapta-Hendu in the Avesta (Vendidad: Fargard 1.18)-the sacred scripture of Zoroastrianism of Iran. The term was used for people who lived in the Indian subcontinent around or beyond the Sindhu.
The Persian term was borrowed by the Ancient Greeks as Indos, Indikos Indian, from which was derived the name India, Indianus in Latin. Hinduism centers around a variety of practices that are meant to help one experience the Divinity that is everywhere and realize the true nature of the Self. Hinduism is the third largest religion in the world, with approximately 1 billion adherents (2005 figure), of whom about 890 million live in India. Other countries with large Hindu populations include Nepal, Bangladesh, Indonesia, Pakistan, Sri Lanka and Malaysia.

Sanatana Dharma and Hinduism are synonymous. The term Sanatana Dharma, loosely translated as Eternal Law or Way, is self-referential. The term Hindu, however, is a 12th century Persian abstraction referring to the Indic civilization they found espousing certain beliefs, practices and a way of life on the banks of the Indus (therefore Hindu) river. Over the centuries, the diverse followers of Sanatana Dharma, which include those who, amongst other concepts, accept the sanctity of the Vedas and other Hindu scripture; believe in one all-pervasive Divine (Brahman) which has no form or manifestations and is worshiped in infinite forms; believe in the laws of karma, dharma, reincarnation; and accept the ultimate goal of liberation (moksha) have adopted the references of Hindu and Hinduism. Other terms used to refer to Hinduism include Vedic, Sanskritic, Yogic, Indic and Ancient Indian.

Hinduism is a family of traditions that emphasizes experience and evaluation and thus, offers overarching guidelines rather than absolute lists of do’s and don’ts or commandments in regulating individual behavior. For a Hindu, all actions are to be guided by dharma. Hindu ethical s flow from one’s understanding of the nature of reality and inform the Hindu understanding of right and wrong

The ultimate purpose and goal for a Hindu’s religious and spiritual practice is to attain moksha. Moksha is achieved through Self-realization (atma-jnana) or realization of one’s true, divine nature. Hindus believe that each individual (anything living) is a divine soul, but that spiritual ignorance leads one to identify the self completely with the body and ego, thereby forgetting the divine nature of not only one’s self, but all of existence. Moksha is characterized by the overcoming of spiritual ignorance; the complete elimination of material desires and attachments; the perfected ability to live in the present moment and experience absolute peace; and most importantly, the awakening of pure compassion towards all. Moksha also translates to liberation from the cycle of birth and rebirth (samsara). Someone may attain moksha during his or her lifetime or upon the death of his or her physical body.
References: www.arshabodha.org and Hindu American foundation

Looking for a wellness business?

Yogchakra is the perfect place to find the best wellness businesses in your area. We have a directory of businesses that offer yoga, meditation, massage, and more. You can search by location or type of service.

With Yogchakra, you can easily find the right wellness business for you. We make it easy to compare services and read reviews from other customers. Plus, our directory is always up-to-date with the latest businesses.

Explore our site to find the perfect wellness business for you!

Our Approach is to bring harmony and balance to your body’s system, inside and out, because your skin is a mirror reflecting the state of your internal health.The Ancient Chinese developed a complex system of herbal medicine that combines many different native herbs into one herbal formula to produce a synergistic effect that makes the herbal formula to work powerfully Read more...

Rehabilitation and Physical Therapy is open since…2000 . Please contact them for hours and other details. Read more...

This business specializes in spa and massage services. The business is open. Contact them for hours and more information! Read more... 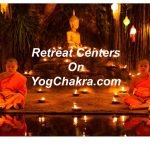 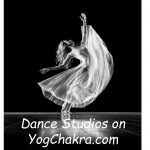 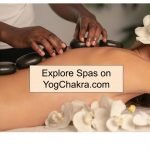